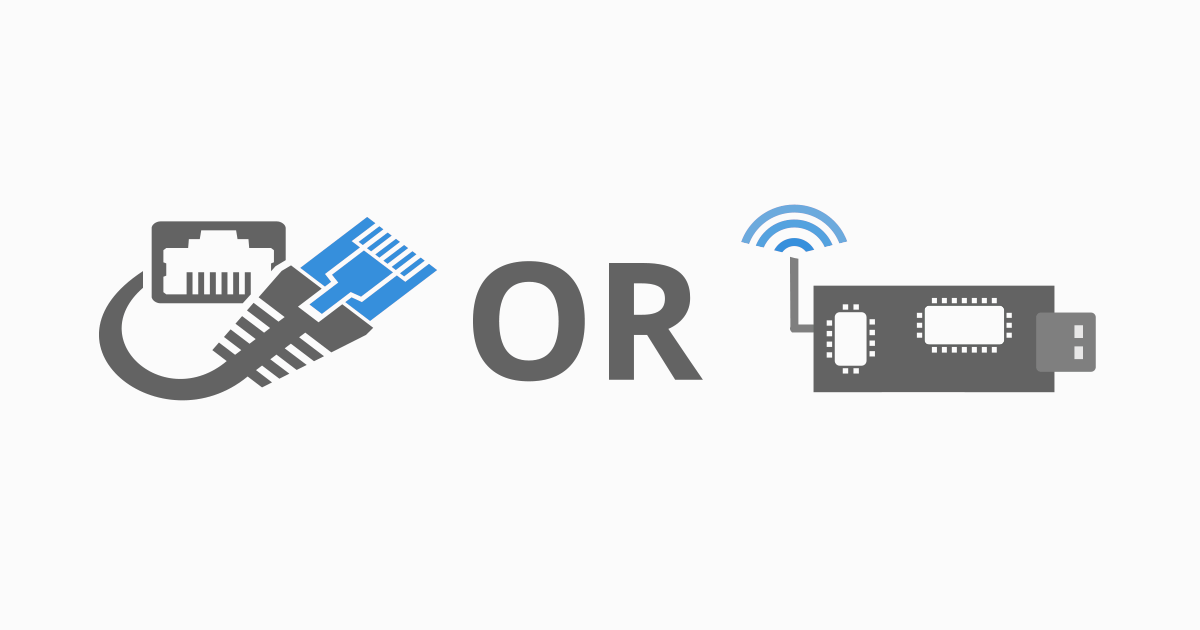 Environmental monitoring is a crucial practice for ensuring the safety of critical equipment and can be used in optimizing and automating environmental control systems for efficiency.  In recent years, IT managers, facility managers, and SCADA operators are now able to monitor and detect a wide range of environmental conditions in real-time. This data provides an irreplaceable and invaluable tool to optimize and control.

While the many benefits of environmental sensors for preventing damage to assets and equipment, automation, IT management and smart facilities are well documented and commonly discussed, many businesses are still unsure as to whether a wired or wireless system is best for their goals.

Wired and wireless sensors both have their own benefits and their own drawbacks over the other. Knowing these benefits and drawbacks will help you make an informed decision when considering an environmental monitoring system for your facility.

What is important to keep in mind is, is that there are no overwhelming right or wrong answers when evaluating wired vs. wireless?

Where one solution might be the right answer for the needs of one section of your facility, the other could be the ‘right’ answer for somewhere else. Knowing the specific needs of your facility and how monitoring will help reach your goals is the most integral part of the conversation when weighing out the pros and cons of wired and wireless monitoring solutions. 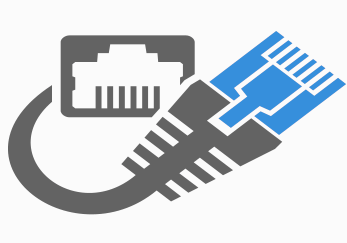 Inherent security: The level of control that wired sensors offer is one of its greatest attributes because sensors are wired into a base unit controller, and from there into your local area network infrastructure. This means there is no broadcasting data that is available to be intercepted or hacked into.

Wired connections are all contained within the internal network, behind firewalls and switches, so communication is not typically available outside of the network. This allows IT or facility managers to have full control of who has access to the monitoring system and its data.

Reliability: Ethernet technology has been around much longer than Wifi technology, and although wifi is considerably more convenient, ethernet is still proven to be more reliable, faster and is not get affected by electronic interference or distance like wifi.

Due to the fact that wired sensors are connected directly to the local area network using ethernet cabling, communications are not only more secure but they are also much quicker, and less prone to dropped connections because they do not rely on external internet connections or additional receivers.

Cost-effective equipment: Wired sensors are able to take advantage of the electrical current flowing through the ethernet cables and thus do not require batteries to be replaced and typically enjoy a longer “active life” than their wireless counterparts. In addition, replacement costs are typically much less wired sensors as the technology is more established.

The labor costs of maintaining ethernet sensor networks are also usually less than those compared to maintaining wireless sensor networks because wired sensors are capable of continuous monitoring over many years with very little in terms of maintenance. This means staff does not have to spend time identifying and replacing expired units or troubleshooting wireless connectivity issues.

Scalability: Often described against wired sensors is the question of scalability. Although with adequate planning, wired sensors are scalable to include monitoring for large facilities and remote locations covering include large numbers of sensors and third-party equipment (using dry contact sensors and sensor controlled relays)

Properly executing expansions for any areas of business is critical, and planning for additional IT infrastructure should be as well. Including the needs for IT and M2M during the planning process will maximize the returns on infrastructure spending for long-term growth.

Speed: In general, wireless networks have and will always be slower than wired. This is simply due to the nature of the technology, as wireless signals can be affected by outside influences, such as walls, floors, and cabinets in the facility, as well as suffer interference from other electronic devices. Wireless data transmissions are also distance sensitive, and performance will often worsen the farther away sensors are from wireless access points or receivers.

Whereas in contrast, wired data transmission is not affected by any of these factors, and is really only affected by the bandwidth rating of the cable, and the source/host’s ability to send and receive data.

Lack of mobility: Realistically mobility is the only true advantage of wireless sensors over wired. Due to its nature, wired monitoring relies on a physical network of cables which means it there is an inherent lack of flexibility when changes need to be made. Redeploying cable can sometimes be a time-consuming processes depending on how much needs to be rerouted and any barriers between access points.

Deployment costs: Wired sensors typically last for many years without much in terms of maintenance. The initial costs of installing a wired monitoring system will depend on the size of the monitored area, how many sensors and most importantly, access to an internal network and cabling.

Cable damage: There are situations where the cabling connected to sensors can be damaged, loosened or disconnected, either due to human error or in most cases due to other work being done around it. In these rare cases, damage to the cabling can make sensors unresponsive. In these cases, cabling may need to be simply reconnected, or at worst replaced. Luckily ethernet cabling can be quite inexpensive, especially when only replacing a line or two.

Difficulties with scalability:  As mentioned in the benefits to scaling wired sensors the larger, more complex or remote a monitored network is will depend on the investment in planning and constructing it. Wired systems rely on hardware which needs to be purchased, installed, and configured as the network becomes increasingly complex. As the network grows, so does the cost. 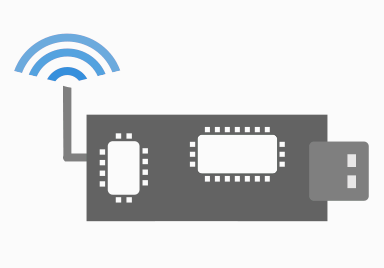 Convenience: One of the main advantages of a wireless monitoring is the ability to place sensors wherever needed without the need to run cabling through walls, floors, and ceilings. Although many early wireless sensors needed to be connected to the network individually, new wireless sensors are utilizing plug and play technology, including auto-discovery and configuration which helps to reduce installation time.

Becoming more cost effective: Additionally, due increases in the number manufacturers and advancements in production over the years, wireless sensor technology used in wireless monitoring networks has been gradually decreasing the cost.

Short battery life: One of the most common drawbacks of wireless monitoring sensors is battery life. Although major advancements in lithium-ion batteries have been made which greatly improve the longevity of these devices, there will always be a trade-off because as the rate of data sampling and transmission increases, battery life expectancy will decrease as more charge is needed to process more tasks.

For these reasons, many operators are often forced to choose between not utilizing sensors to their full potential by reducing the polling intervals of data or allocating valuable man hours to replace dying batteries before there is an interruption in the data stream.

Slower speeds compared to wired monitoring: When analyzing the real-time conditions of a critical equipment or facilities, it’s imperative that the data is transmitted and available as fast as possible. As mentioned above, wired sensors are susceptible to increased latency, signal interference and dropped connections which will impact the speed and consistency of the data stream.

Complex to configure: Configuring wireless sensor networks can be an ongoing challenge, as new variables are added to the sensor network staff may have to reassess the positions of sensors and redeploy or reconstruct the network to ensure that the sensors are maintaining data transmission at best possible speeds.

Limited signal range due to interference: Wireless data broadcast is facilitated over the radio frequency (RF) which has always had to deal with a wide variety of interference related obstacles that can lessen signal strength and lower transmission speed. Obstacles such as walls and doors or other devices that operate on the same frequency will create conflicts with data transmission.

The distance between sensors and its monitoring hub is also a limiting factor, a large enough gap or solid structure between these two points can also result in a degradation of data.

In conclusion, wired sensors will typically be the most reliable, fastest, affordable, longest lasting and secure solution for most monitoring applications and should still be given considerable thought when evaluating monitoring technologies even with the rise of wireless.

Simply because wireless sensors are seen as the most convenient to place where you need them, wired sensors can be as well with the proper planning.

To find the best monitoring solution, make sure to consider the above pros and cons of each sensor type and take the above questions into consideration as they relate to your unique needs.

There is also nothing wrong with using both types of sensors for specific applications. Most NMS and industrial control software allow integration of many sensors from a variety of OEMs into one system.

Enviromon’s sensorProbe and securityProbe base units come with embedded software that works with all of our wired ethernet sensors, and may also be compatible with other third-party wireless sensors via SNMP protocol. The web interface provides a complete view of sensors in the network with real-time monitoring, alerting, and data exporting features. See a live demo.

Contact us at Enviromon and we will be able to provide you with the best recommendations to for your business goals.

Welcome! Where are you located, USA or Canada?

You have Successfully Subscribed!